The Pursuit of Happiness


The Pursuit of Happiness
This post is about the relentless efforts taken by parents in their child’s upbringing, the challenges they face and the scientific technique available today, to help succeed in this pursuit of happiness. 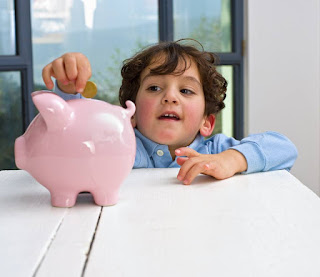 Every parent faces innumerable questions and dilemmas while raising a child, right from toddler days to adolescence and right up to adulthood. The questions appear simple, yet hard to grapple with, for a parent.

Is my child more intelligent' than I can comprehend?


Why is my child an introvert?


Is my child very creative or more logical?


What is my child likely to succeed at?

A child is unique in the way he or she thinks, reacts, and also in the choice of areas to pursue at junior and high school, college, sports or any extra-curricular activities.
Parents at times face an uphill task in getting the child to do what they feel is right (which need not be right!).

Today, this predicament is true in case of many parents while planning a career choice for their child. Not at all an enviable situation, considering that the poor child is undecided, torn between peer pressure on one side and confused parents on the other. These or similar questions surely boggle a parent sometime or the other. Does the parent have the answers? Not all the time and in such times, the parent wishes there was a system to guide through the journey.
Let me share couple of Parenting counseling experiences.

There was this 9 year old boy, (let us call him Vinay here) who was labelled as a naughty, belligerent and restless child by his family and friends. His innate assessment revealed that he had a very high musical intelligence potential along with high kinesthetic ability. Vinay joined a Harmonium and Vocal training class based on the counselling recommendation. Within two months, his parents reported extreme positive change in his demeanor. Today, Vinay has become calm, focused and excels in studies and sports. Leveraging the natural Musical intelligence helped Vinay channelize his energies in the right direction.

I met this 14 year old girl Tanushree, in Delhi along with her mother last year. Tanushree had been doing miserably in her school exams. Contrary to her performance, her assessment revealed that Tanushree was a prodigious learner (very high potential to excel in learning). Detailed deep dive session led me to the inference that it was her sheer laziness and complacent attitude, which were creating the challenges in school. Tanushree had formed a negative resistance to all the positive efforts and pleadings of her parents and teachers. Multiple rounds of counselling sessions were needed to inculcate in her the positivity that is required to remain motivated for achieving success.

It is important to remember that the concept of intelligence has various dimensions such as Musical, Spatial, Visual, Kinesthetic, Intrapersonal, Interpersonal, Logical Mathematical and Linguistic ability.  By identifying a child's innate capability potential earlier in life, one is in a position to cultivate the abilities in desired areas, through concerted efforts.

This assessment can be conducted for a child (> 6 months) up to an adult using a scientific technique called as Dermatoglyphics Multiple Intelligence Analysis (DMIA).
Based on over a century old research by anthropologists, anatomist, genetics practitioners, psycho-analytic chirologists and others, Dermatoglyphics science has evolved into a practical solution. This scientific technique can help analyze the innate characteristics of a human being, by scanning the fingerprints on the tip of both hands and studying the patterns. Do not confuse DMIA with astrology or fortune telling.

The scientific study of papillary ridges of the hands and feet was pioneered by Joannes E. Purkinje, a Czech physiologist and biologist in 1823. Sir William J. Herschel is one of the key contributors to the science of fingerprint analysis, because he is the first person to confirm the persistence of patterns of prints from birth till death through early longitudinal studies from 1860 to 1890. He established that ridges do not change from birth until death except through trauma or decomposition after death.
American Journal of Medical Genetics has reported several case studies of how Dermatoglyphics assessment helped assess the likelihood of critical illnesses such as Cancer, Alzheimer’s etc.
Today, DMIA report and counselling sessions are becoming formal tool for Parents and Individuals in Career selection, Personality improvement, Behavioral analysis, learning styles. The insightful recommendations from DMIA are extremely powerful and provides clarity and direction to the individual (child to an adult).

This can go a long way in defining life-purpose for an individual and help in leading a happy and successful life!

Posted by BrainSketch at 4:16 AM No comments: