Dermatoglyphics testing - a modern technique based on 150 year old database

Sir William J.Herschel is important to the history of fingerprints because he is the first person to confirm the persistency of the patterns of prints from birth till death through early longitudinal studies from 1860 to 1890. He established that rdiges do not change from birth through death except through trauma.

By 1930s, Noel Jaquin, founder of Society of Physiological Patterns (SSPP) was studying character traits for five different fingerprint patterns, the loop, wholr, arch, tented arch and composite. In 1940, he published his findings. Vera Crompton continued these studies and publsihed her views in 1951. Yusuke Miyamoto proposed character recognition based on his understanding of some eastern philosophies and various types of fingerprints in 1963.Beryl Hutchinson reported in 1967 that the SSPP had collected a library of prints in its efforts to aid the interpretation of these markings.

Since the works of Jaquin, Compton, Hutchinson, Miyamoto, Jaegers and Gettings there have
been numerous authors in the field of Chirology who have discussed human psychological characteristic findings related to dermatoglyphic patterns of the hand including Elizabeth Brenner, Dennis Fairchild, David Brandon Jones, Dr Eugene Scheimann M.D. ..Their observations represent tens of thousands of hours of clinical observations and interviews with hundreds of thousands of people.

The science of dermatoglyphics and the art of reading the fingerprint patterns to understand inborn characteristics has evolved over more than a century.
DMIT technique is now able to leverage this age old database by using the latest technology and tools. Parents find this technique useful for children whereas recruiters and corporate executives find this useful for profiling and career planning.
Posted by BrainSketch at 1:51 AM No comments:

Your fingerprints and hands are like a user’s manual for understanding yourself and your life. The fingerprints represent a previously unknown map of human consciousness that is separate from the already-recognized psychology. This part of human existence is called as your Soul Psychology.
It is important to understand that there are three dimensions of our overall soul psychology. Taken together they are called your Life Agenda. These components form together to create our specific formula for a fulfilling life. Coburn has expressed this aptly in her study about life purpose through fingerprints -
Life Agenda = Life School + Life Lessons + Life Purpose
Life School is the particular lens through which you experience all the circumstances of your life.
Your Life Lesson is the weakest part of life that needs much practice, patience and expansion of your awareness.
Your Life Purpose is what you want to be able to do.
The aspects of your Life Agenda build on one another and are the pieces of your personal, spiritual, and practical training program. They work in concert with one another. When you work on any part of your Life Agenda, it activates the other parts as well. Just for example; while swimming, if you want to be the person who can do the breast stroke (Life Purpose), then you must be willing to work on the scissor kick, which you happen to be lousy at and would rather have not to learn (Life Lesson), and to try and swim at all you must be willing to get into and learn about the water (Life School).
Life is all about knowing yourself, grooming yourself and achieving your goal. Brainsketch Solutions aims to enhance life by knowing.. grooming.. and achieving..
Posted by BrainSketch at 12:54 AM No comments:

Email ThisBlogThis!Share to TwitterShare to FacebookShare to Pinterest
Labels: Dermatoglyphics and Multiple intelligence

A child is unique in the way he or she thinks, reacts, and also in the choice of areas to pursue at junior and high school, college, sports or any extra-curricular activities.

Parents at times face an uphill task in getting the child to do what they feel is right (which need not be right !).

Today, this predicament is true in case of many parents while selecting or even planning a career choice for the child. Not an enviable situation, considering that the poor child is undecided, torn between peer pressure on one side and confused parents on the other.

In India, all along it has been the herd mentality at work in case of education path to be pursued. Traditionally, there have been three choices to be pursued by every self-respecting individual; Engineering, Medicine and Commerce (with the fervent hope of getting the much coveted A.C.A degree later). Thankfully, these choices have expanded several folds- with Fine arts, Hospitality Management, Aviation, Mass Communication, Photography, Travel & Tourism, Nutrition, Modelling, Languages and many other options becoming popular.With numerous career options to pursue, the parents and children are even more confused than earlier times.

Fortunately, a scientific tool developed using more than century old research of fingerprint patterns can help a parent understand the top career choices which a child can pursue and excel.

Posted by BrainSketch at 12:24 AM No comments:

Parents can play a pivotal role in raising smarter children 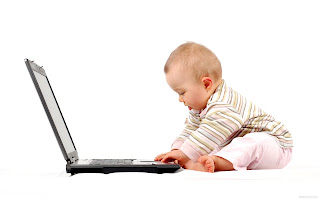 In his theory of Multiple Intelligences, Gardner expanded the concept of intelligence to also include such areas as music, spacial relations, and interpersonal knowledge in addition to mathematical and linguistic ability.

Think of Mozart. He was a musical genius. His symphonies, operas, and concertos were nothing short of brilliant. Mozart was music smart.

Einstein, on the other hand, was logic and math smart. His name is virtually synonymous with intelligence thanks to his accomplishments in mathematics and physics

Think of Tendulkar, Pele or Micheal Jordan. These are names synonymous with global sport legends ! These legends are kinesthetic smart !


Is Mozart less of a genius than Einstein or  Tendulkar ?
According to Multiple Intelligences theories, Einstein and Mozart are both smart, but in very different ways. There are many ways to be smart.

Likewise, our children are smart in different ways too !!

The modern view of intelligence is based on brain elasticity. That is, we are learning that the experience we provide our children has a tremendous impact on their intelligence and their potential.Parents can develop their child's intelligence by exposing them to a wide variety of stimulating activities that span the intelligences.